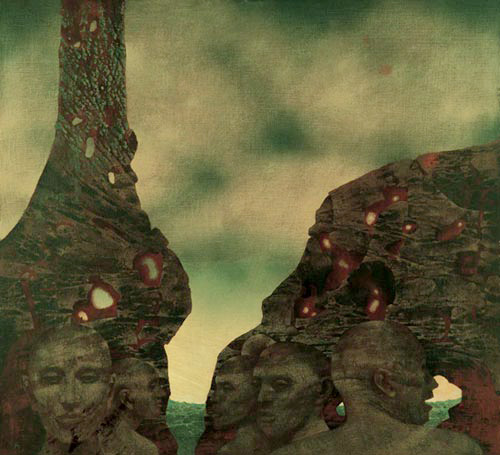 Fritz Hagl, a complex figure, spent his childhood in munich, until 1941, at which time the family moved to Garmisch-Partenkirchen. Here, Hagl was an apprentice to the acclaimed Bavarian muralist, Heinrich Bickel.
In the difficult years immediately following WW2, as his father was a prisoner in Russia, Hagl supported the family with his work as a painter.
From 1949 to 1950, Hagl frequented “Die Akademie der Bildenden Künste” in Munich, painting during that period many portraits. Beginning in 1951 to 1954, he kept a studio in garmisch, along with the one in Munich-Schwabing. At that time. Hagl met his future wife, Nicole Oor. Together they made a long cultural journey through Italy and, one their return, stopping in Elba, they decided to remain. This for Hagl was his childhood dream realized; according to an old Chinese proverb: “Build a house, plant a tree, make a family”. In three years he built a home with a large garden, a vegetable patch and orchard. Hagl needed an idyllic environment such as this to do professional research for his painting.

Attracted to the sea, he bought a boat on which he was able to study the fascinating rocks and their structure. The Mediterranean sea and its world challenged him and stimulated his creativity.
Also for Fritz Hagl, music was essential: foremost classical and jazz, then all other types. His sister, Ingrid Sertso, a jazz singer, would visit Frits often with her husband Karl Berger, the founder and executor of the “Creative Music Foundation” in Woodstock N.Y. His brother Klaus, a jazz drummer, had worked for many years in Paris with various important jazz artists, he also came often to visit and ended up making Elba his home, too. It is said that life on the island is a full musical experience. With Karl Berger, Hagl often would have famous musicians as guests, among them are Steve Lacy, Dave Holland, Frederic Rcewski, Butch Morris, Gerd Dudek. 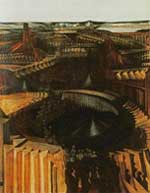 Fritz made his painting a priority in all situations, Domenico Guzzi, in a long and didactic essay, pointing out in the “ coscienza pittorica dell’artista” (the pictorical conscience of the artist), writes…”his work combine and modify in a unique process of comparing, they are more than they seem on a first uncritical view or attentive “Reading”, Hagl has chosen to give nature its own point of reference: “ il tema”, the theme is how the yare defined. Then, one is able to say that Hagl, deliberating further, gathers the differences (according to the light and the morphology of the scene) given the point of observation; to discover for us the smallest detail, to observe the essential if imperceptible variations; to see them, finally, as if they are “fossils”. Not yet, however, in a total and immediate spirit dedicated to the figurative, but toward the necessary process in the field of vision. Adding, almost, a suggestion of a circular operation procedure, in which the given visual process offers a component or retrieval, following an elaborate articulation. 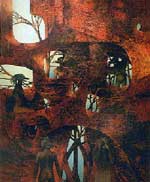 How to say: the exactness of the form which gives precisely to the formless. From here, also, one discovers the possibilities – considering that the particular understands everything already – to change the Micro in Macro. A dense forest, after all, is born artistically from the observations of one leaf, enlarged in the space. And here, then, is that type of “venous” palpitation of the observed and the painted. It is understood that to imply a scrutiny of an enlarged point is to lose the particular, and at times, the whole place of origin (the paintings therefore, is a total reinvention) even as the final dispersion of the concrete form is the point of reference. In other terms: the paintings of Hagl, are, if only a suggestion, nothing like a “traditional” view. Images which the painter insists, among other things, to weave dense marks, evocative of projection and recesses; modulating expressions of colour in light and dark tones to underline the traces, giving it volume and physicality; for a conceptual space, after all, it is to say with an open mind that, instead, they are an altered sense of reality…”. 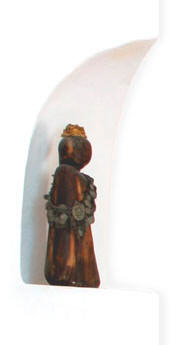 Back to Top
We are using cookies to give you the best experience on our site. Cookies are files stored in your browser and are used by most websites to help personalise your web experience.
By continuing to use our website without changing the settings, you are agreeing to our use of cookies.Accept Read More
Privacy & Cookies Policy

This website uses cookies to improve your experience while you navigate through the website. Out of these, the cookies that are categorized as necessary are stored on your browser as they are essential for the working of basic functionalities of the website. We also use third-party cookies that help us analyze and understand how you use this website. These cookies will be stored in your browser only with your consent. You also have the option to opt-out of these cookies. But opting out of some of these cookies may affect your browsing experience.
Necessary Always Enabled

Any cookies that may not be particularly necessary for the website to function and is used specifically to collect user personal data via analytics, ads, other embedded contents are termed as non-necessary cookies. It is mandatory to procure user consent prior to running these cookies on your website.